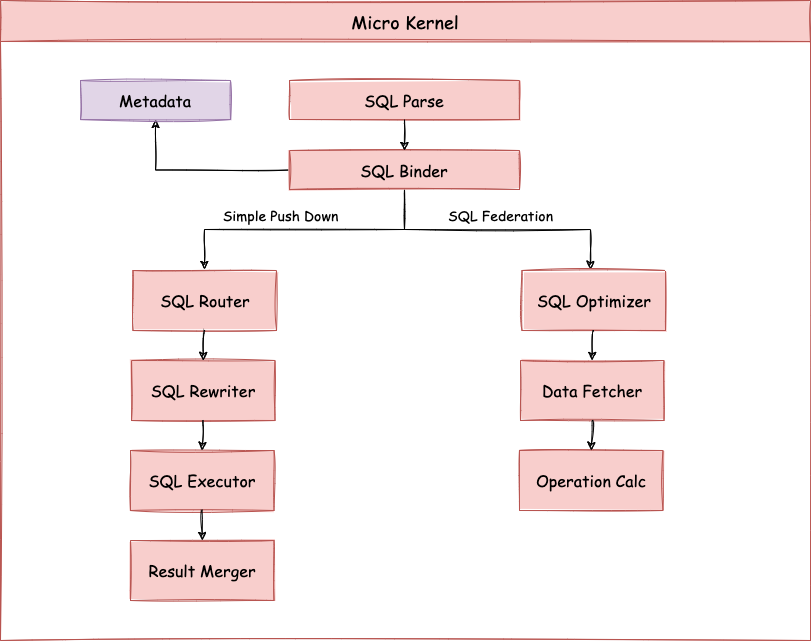 The syntactic parser is then used to analyze SQL and ultimately extract the parsing context, which can include tables, options, ordering items, grouping items, aggregation functions, pagination information, query conditions, and placeholders that may be modified.

The sharding strategy configured by the user is matched according to the parsing context and the routing path is generated. Currently, sharding router and broadcast router are supported.

Rewrite SQL into statements that can be executed correctly in a real database. SQL rewriting is divided into rewriting for correctness and rewriting for optimization.

It executes asynchronously through a multithreaded executor.