Apache ShardingSphere determines the incoming SQL via shadow by parsing the SQL and routing it to the production or shadow database based on the shadow rules set by the user in the configuration file. 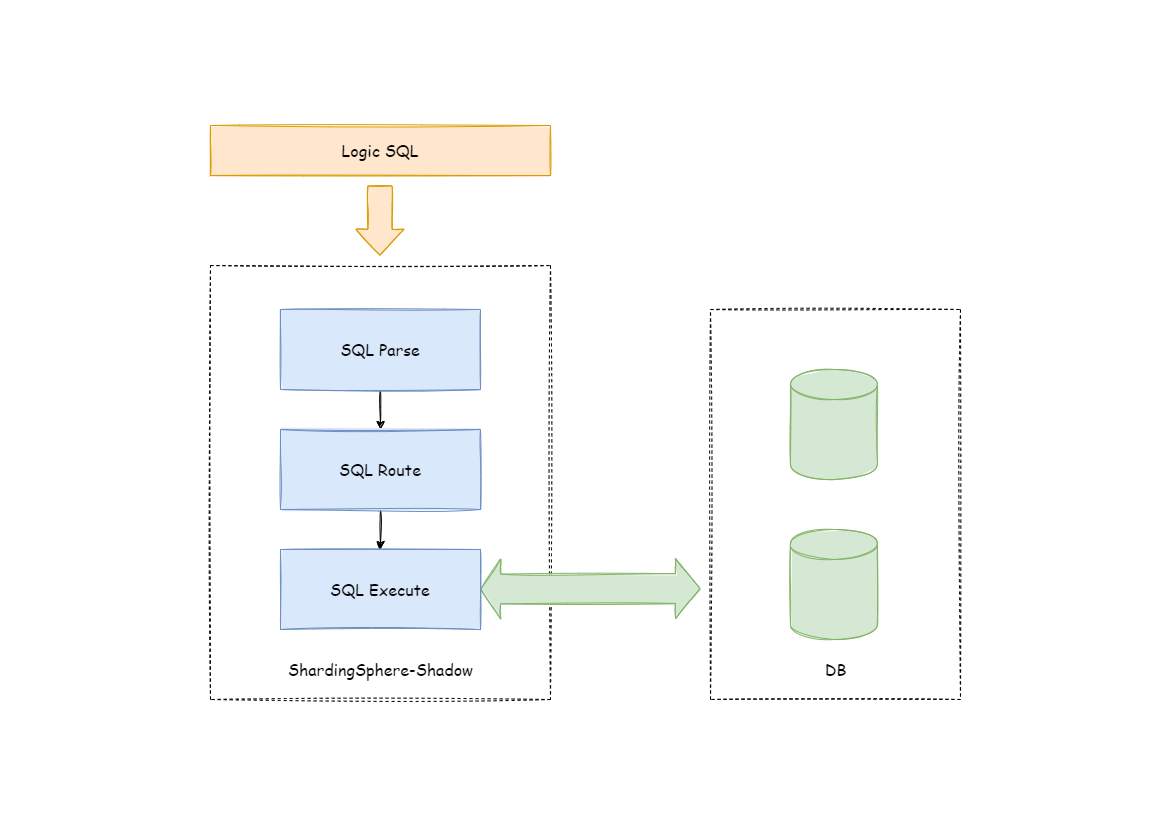 In the example of an INSERT statement, when writing data, Apache ShardingSphere parses the SQL and then constructs a routing chain based on the rules in the configuration file. In the current version, the shadow feature is at the last execution unit in the routing chain, i.e. if other rules exist that require routing, such as sharding, Apache ShardingSphere will first route to a particular database according to the sharding rules, and then run the shadow routing determination process to determine that the execution SQL meets the configuration set by shadow rules. Then data is routed to the corresponding shadow database, while the production data remains unchanged.