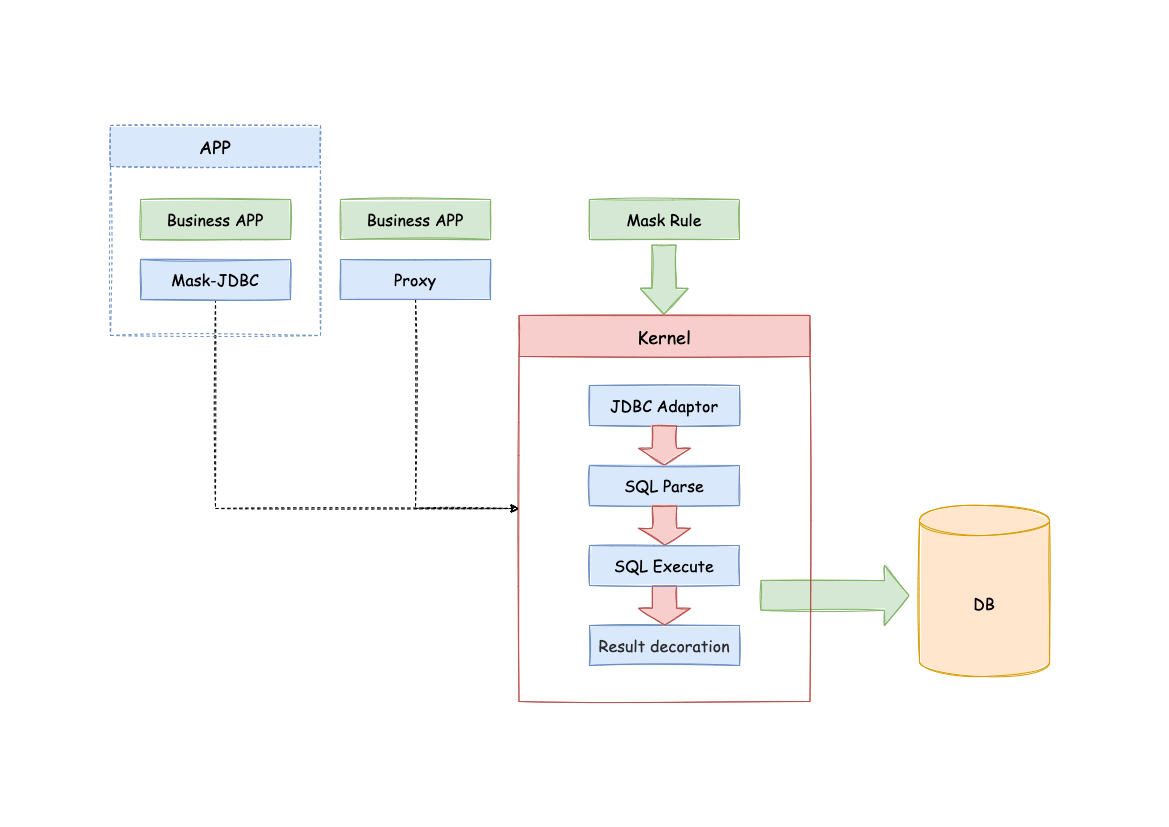 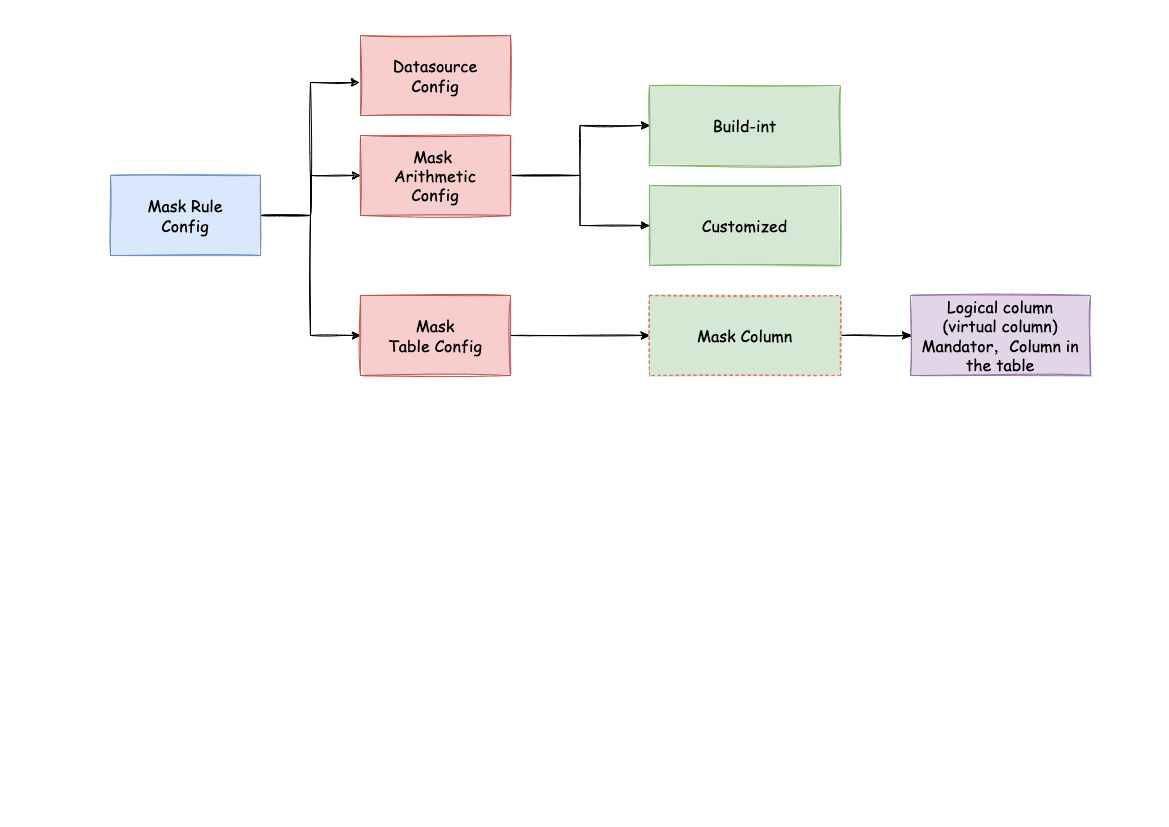 The mask rule takes effect after it is created

For example, if there is a table in the database called t_user and there is a field in the table called phone_number that uses MASK_FROM_X_TO_Y, Apache ShardingSphere does not change the data store. Only according to the desensitization algorithm to decorate the result, so as to achieve the desensitization effect

As shown in the picture below: 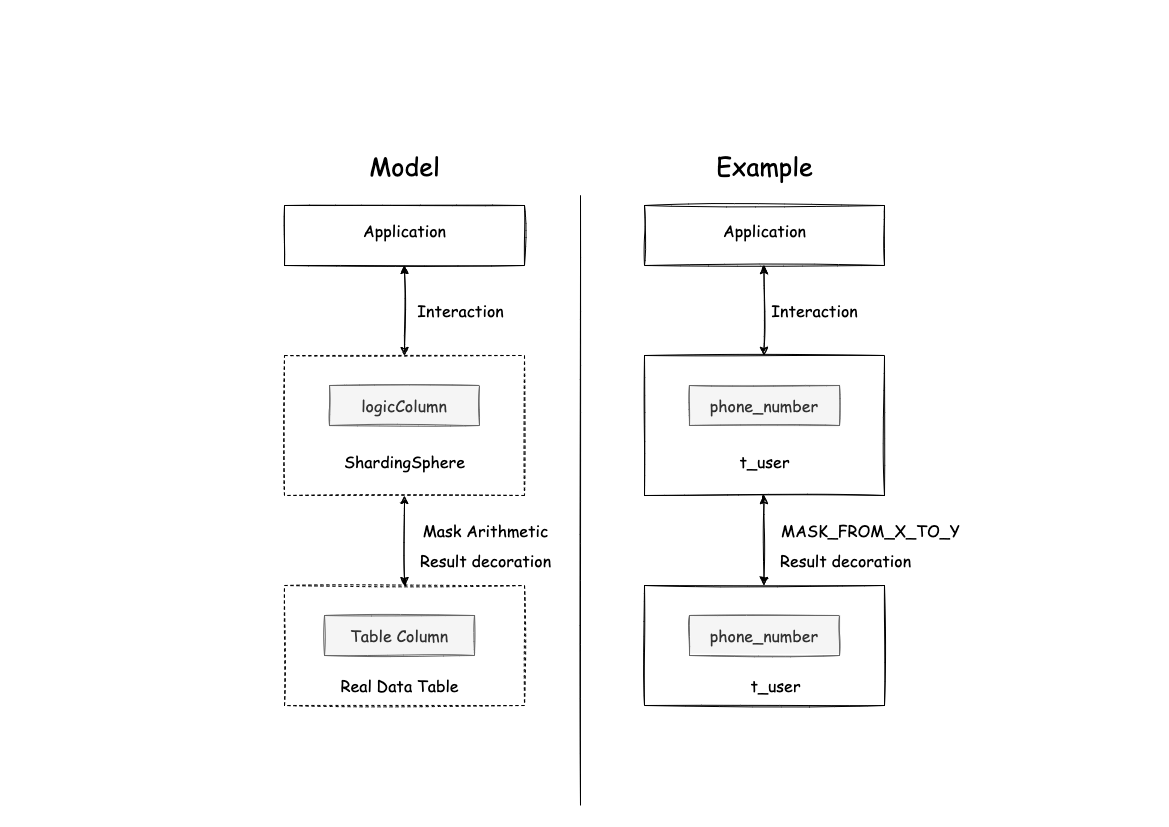