ShardingSphere is an open-source ecosphere consists of a set of distributed database middleware solutions, including 3 independent products, Sharding-JDBC, Sharding-Proxy & Sharding-Sidecar (todo). They all provide functions of data sharding, distributed transaction and database orchestration, applicable in a variety of situations such as Java isomorphism, heterogeneous language and cloud native. Aiming at reasonably making full use of the computation and storage capacity of the database in a distributed system, ShardingSphere defines itself as a middleware, rather than a totally new type of database. As the cornerstone of many enterprises, relational database still takes a huge market share. Therefore, at the current stage, we prefer to focus on its increment instead of a total overturn.

ShardingSphere had graduated from Apache Incubator on April 16 2020, is now officially an Apache Project! Welcome discuss with community via shardingsphere dev mail list. 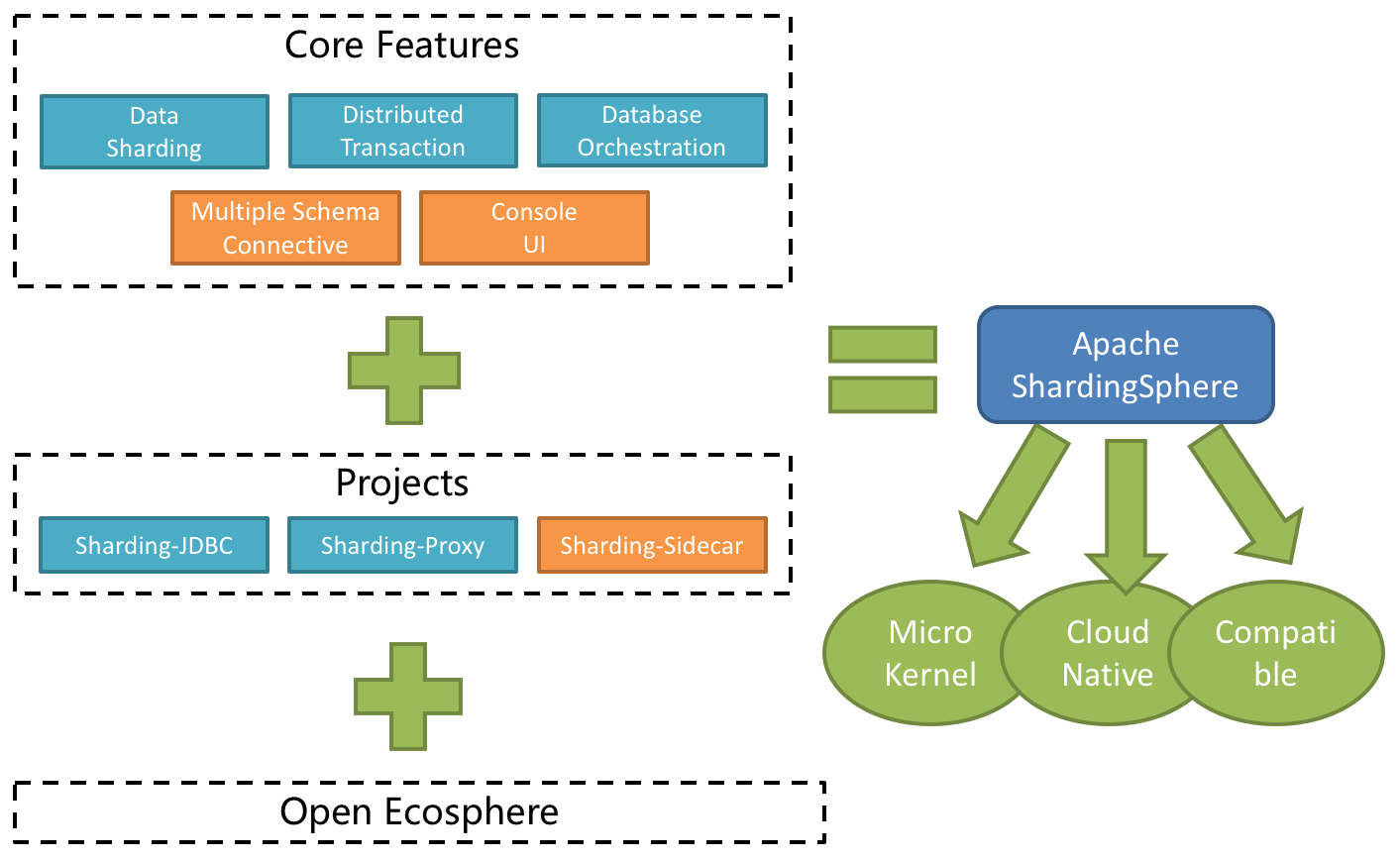 Sharding-JDBC defines itself as a lightweight Java framework that provides extra service at Java JDBC layer. With the client end connecting directly to the database, it provides service in the form of jar and requires no extra deployment and dependence. It can be considered as an enhanced JDBC driver, which is fully compatible with JDBC and all kinds of ORM frameworks. 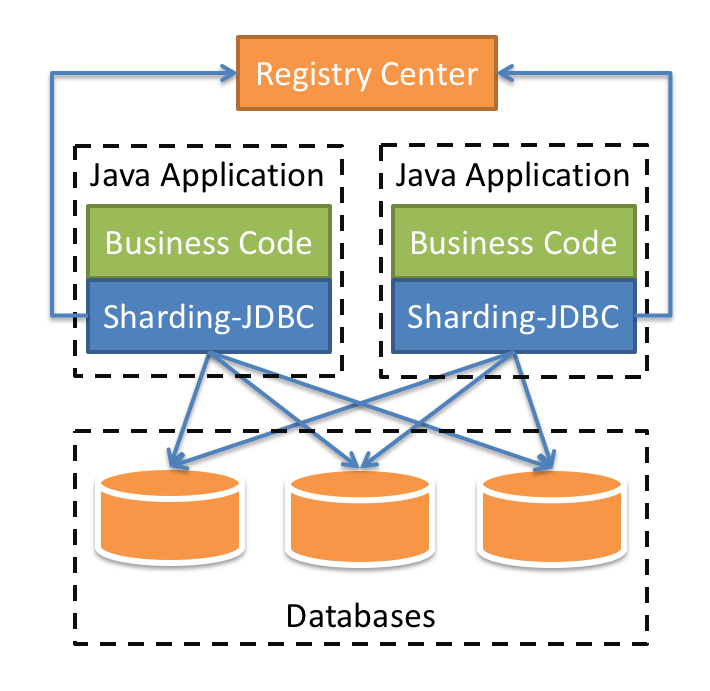 Sharding-Proxy defines itself as a transparent database proxy, providing a database server that encapsulates database binary protocol to support heterogeneous languages. Friendlier to DBA, the MySQL version provided now can use any kind of terminal (such as MySQL Command Client, MySQL Workbench, etc.) that is compatible of MySQL protocol to operate data. 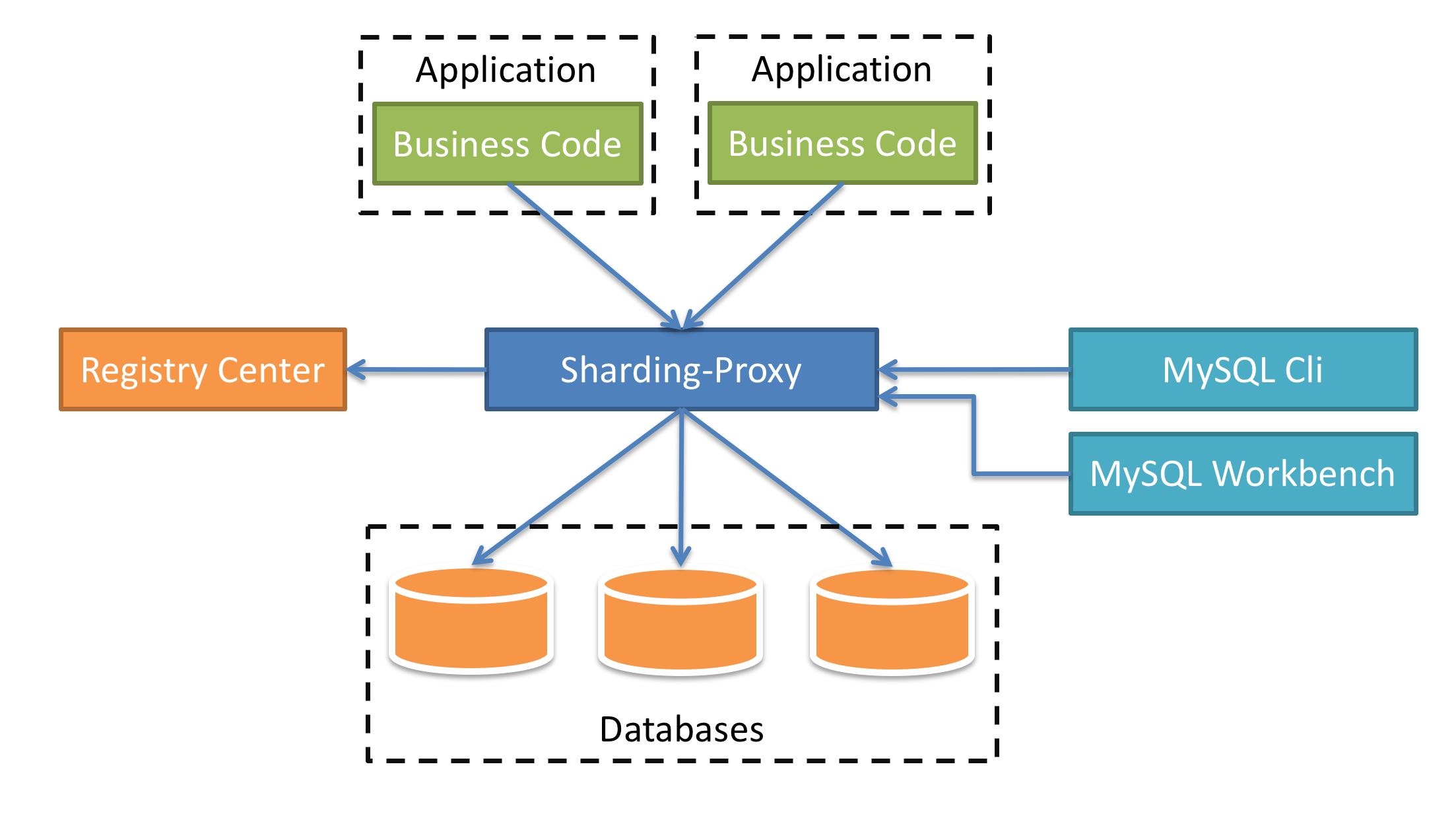 Sharding-Sidecar (TODO) defines itself as a cloud native database agent of the Kubernetes environment, in charge of all the access to the database in the form of sidecar. It provides a mesh layer interacting with the database, we call this as Database Mesh. 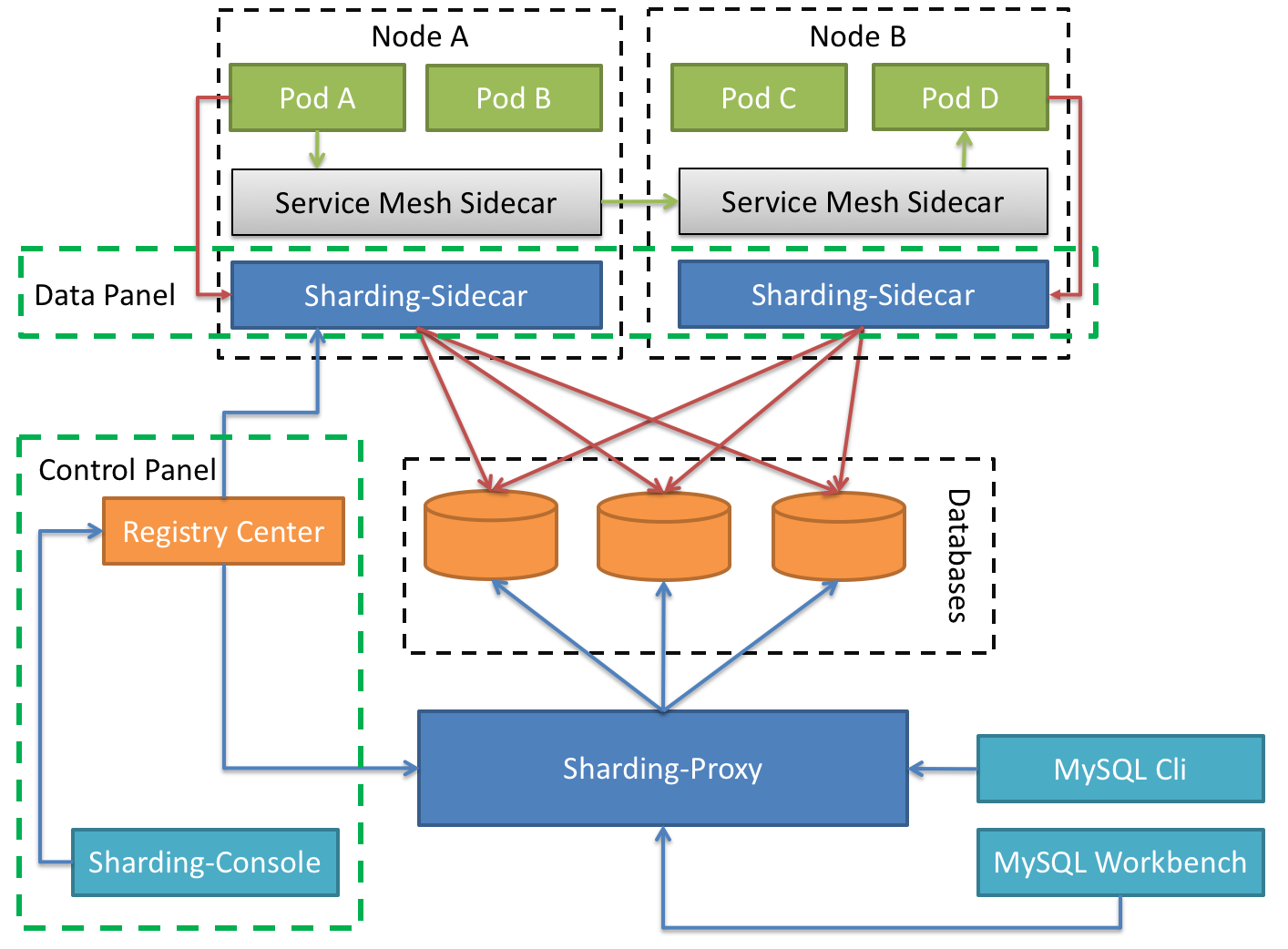 ShardingSphere is an ecosphere consists of multiple endpoints together. Through a mixed use of Sharding-JDBC and Sharding-Proxy and unified sharding strategy by the same registry center, ShardingSphere can build an application system applicable to all kinds of scenarios. Architects can adjust the system architecture to the most applicable one to current business more freely. 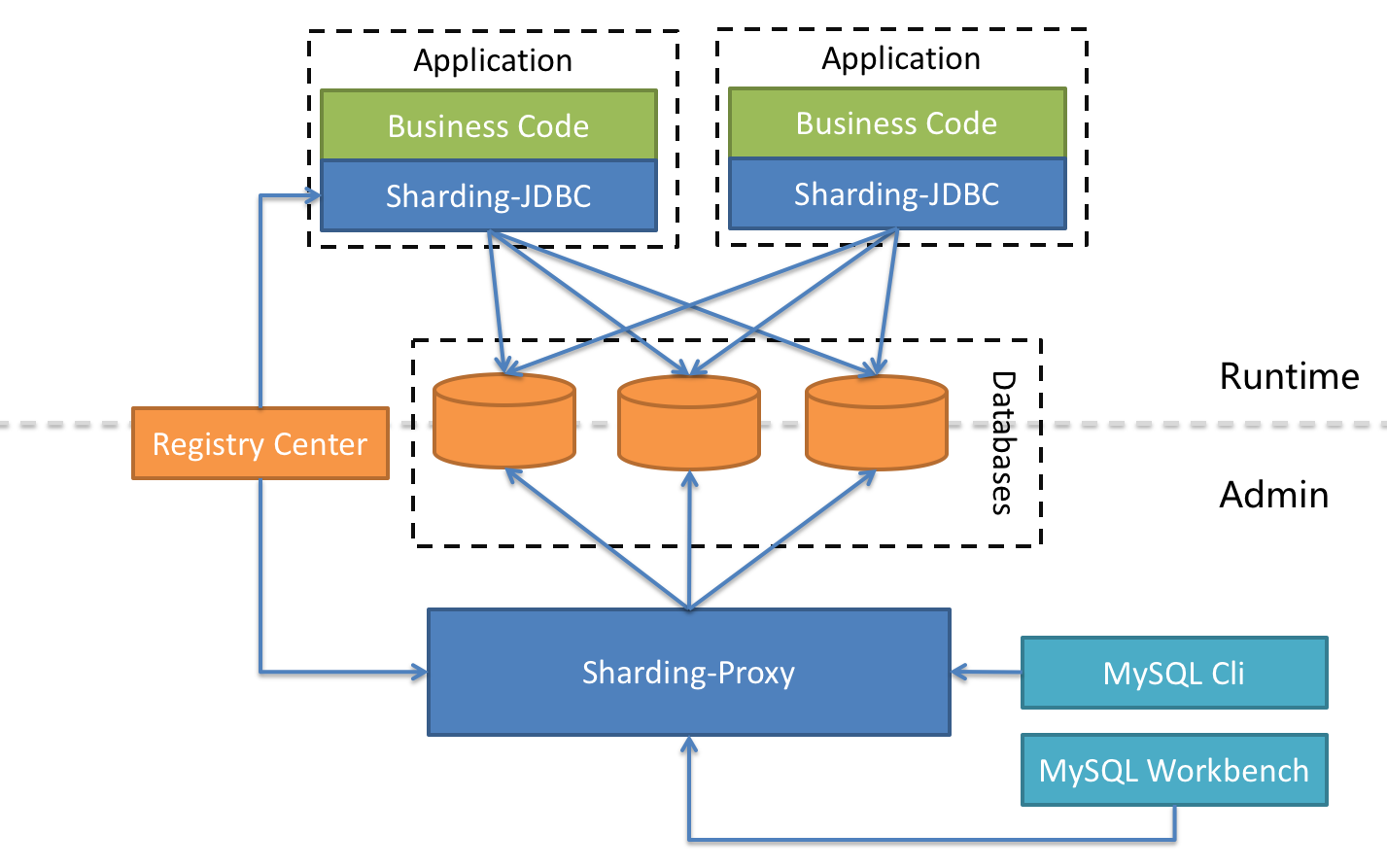