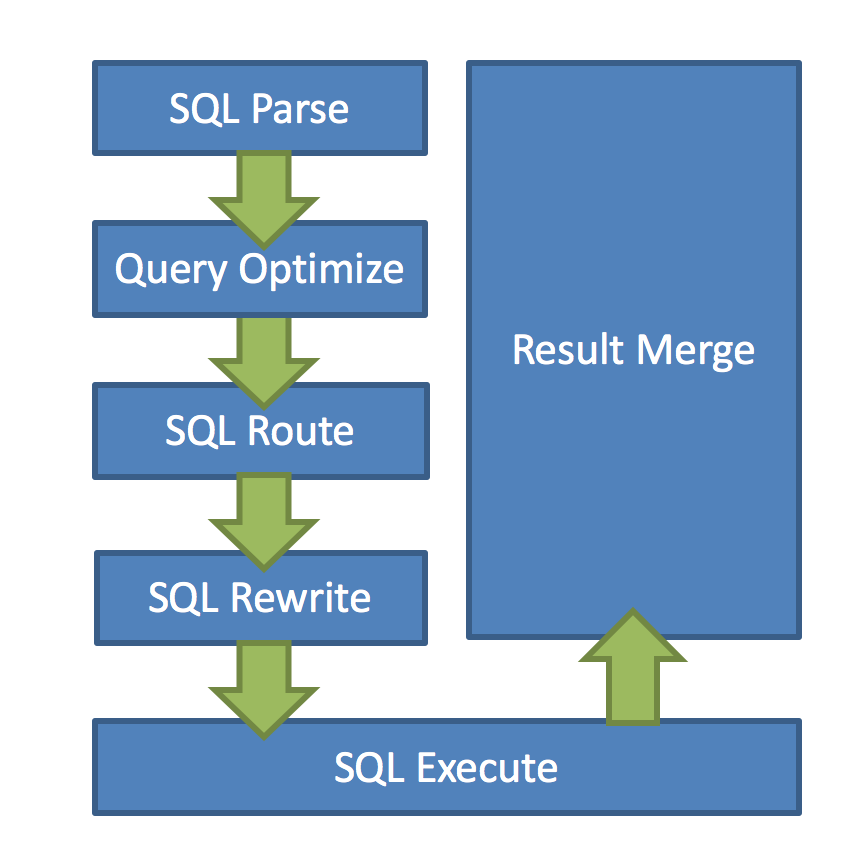 It is the sharding strategy that matches users’ configurations according to the parsing context and generates route path. It supports sharding route and broadcast route currently.

It executes asynchronously through multi-threading executor.