Elastic schedule is the most important feature in ElasticJob, which acts as a job processing system that enables the horizontal scaling of jobs by sharding, it’s also the origin of the project name “ElasticJob”.

A concept in ElasticJob to split the job, enabling the job to be executed in distributed environment, where every single server only executes one of the slice that is assigned to it. ElasticJob is aware of the number of servers in an almost-real-time manner, with the increment/decrement number of the servers, it re-assigns the job slices to the distributed servers, maximizing the efficiency as the increment of resources.

For example, if a job is divided into 4 slices, and there are two servers to execute the job, then each server is assigned 2 slices, undertaking 50% of the workload, as follows. 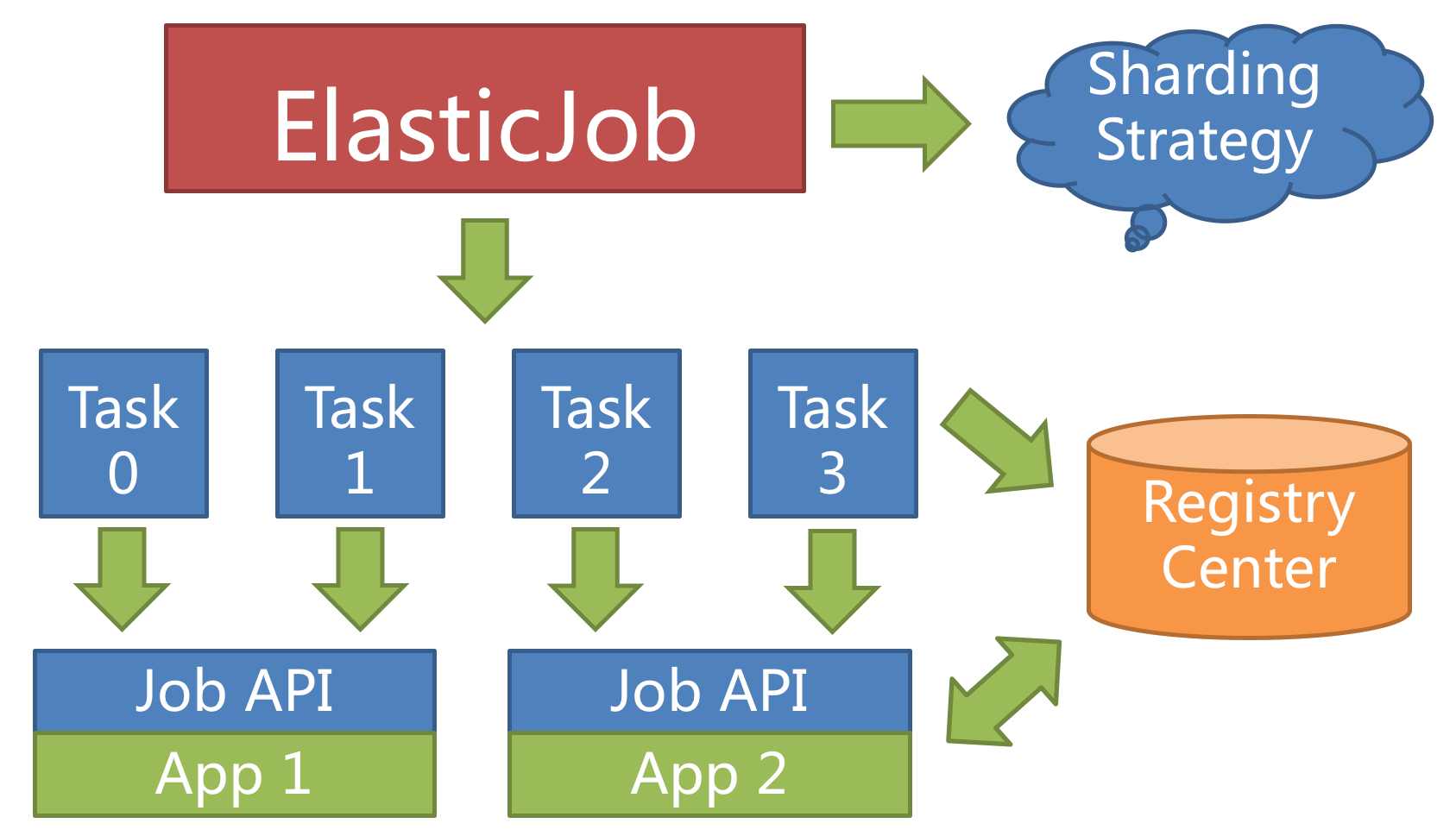 Maximize the usage of resources

ElasticJob provides a flexible way to maximize the throughput of the jobs. When new job server joins, ElasticJob will be aware of it from the registry, and will re-shard in the next scheduling process, the new server will undertake some of the job slices, as follows. 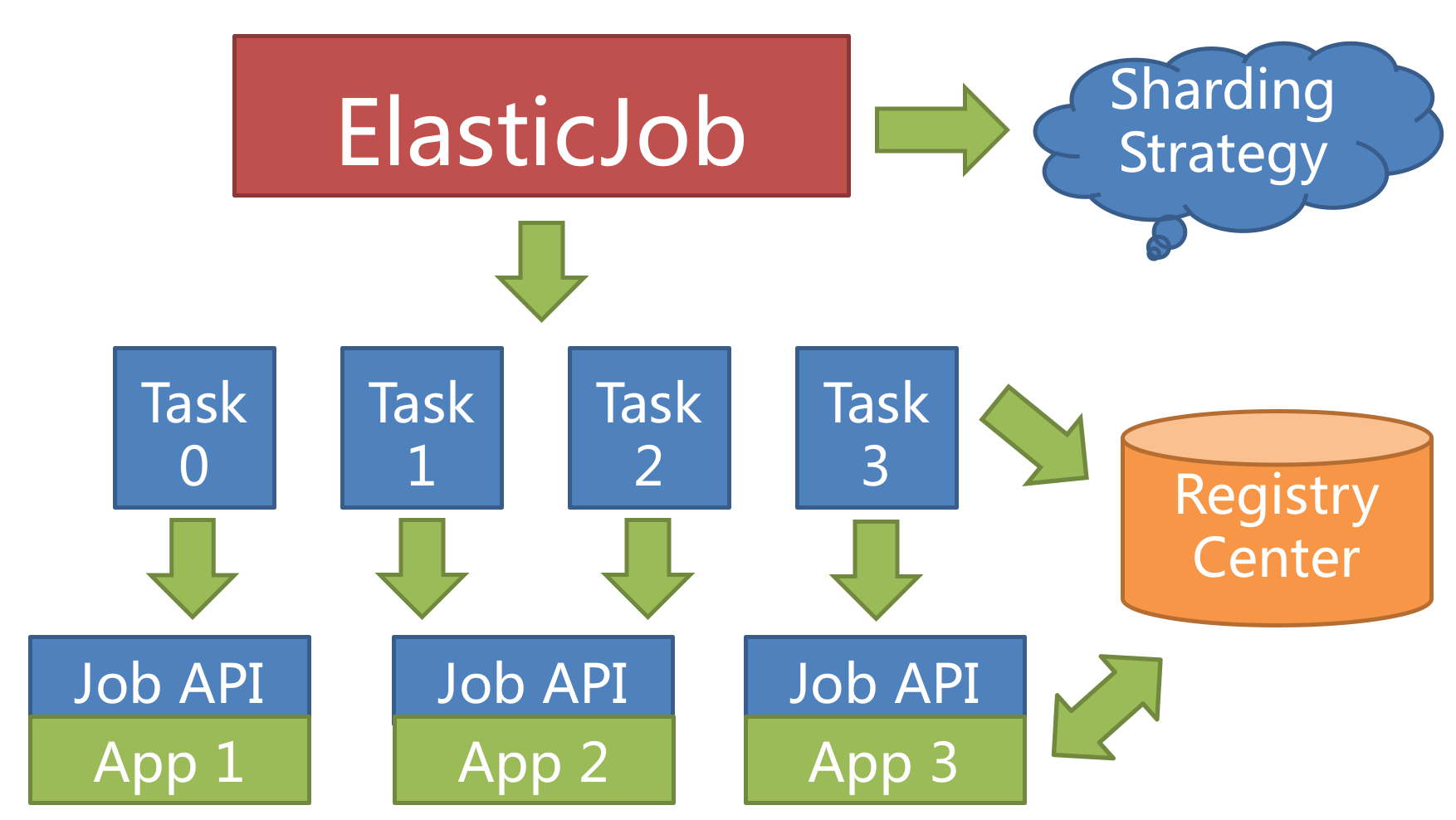 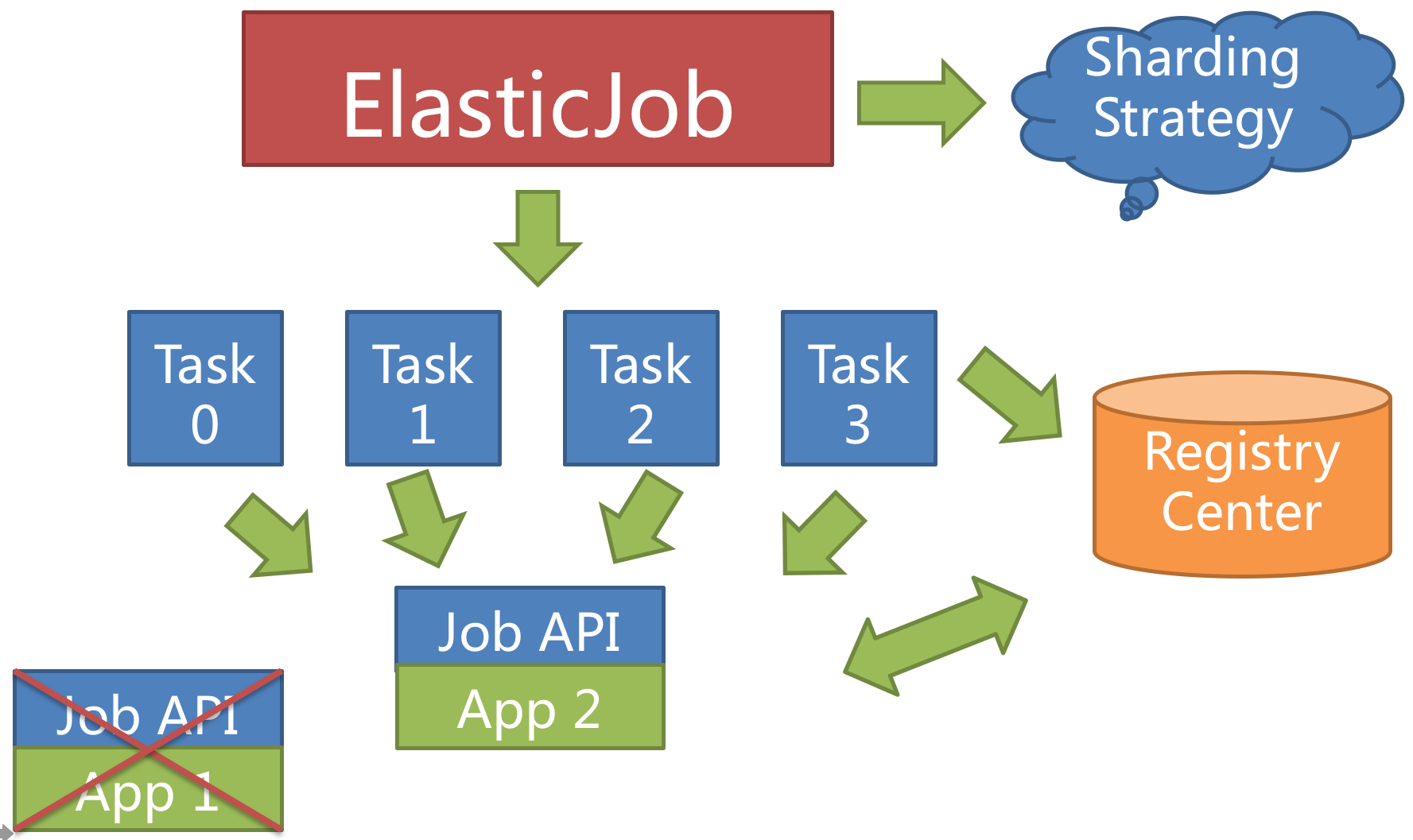 Setting the total number of sharding items to 1 and more than 1 servers to execute the jobs makes the job run in the mode of 1 master and n slaves. Once the servers that are executing jobs are down, the idle servers will take over the jobs and execute them in the next scheduling, or better, if the failover option is enabled, the idle servers can take over the failed jobs immediately.

ElasticJob-Lite does not have a job scheduling center node, but the programs based on the deployment job framework trigger the scheduling when the corresponding time point is reached. The registration center is only used for job registration and monitoring information storage. The main job node is only used to handle functions such as sharding and cleaning.

The registration center creates a job name node under the defined namespace to distinguish different jobs, so once a job is created, the job name cannot be modified. If the name is modified, it will be regarded as a new job. There are 5 data sub-nodes under the job name node, namely config, instances, sharding, servers and leader.

Job server information, the child node is the IP address of the job server. You can write DISABLED in the IP address node to indicate that the server is disabled. Under the new cloud-native architecture, the servers node is greatly weakened, only including controlling whether the server can be disabled. In order to achieve the core of the job more purely, the server function may be deleted in the future, and the ability to control whether the server is disabled should be delegated to the automated deployment system.

The leader node is an internally used node. If you are not interested in the principle of the job framework, you don’t need to pay attention to this node.