As an Apache top-level project, ShardingSphere goes through community verification, voting and many other steps before it can be released. Such steps ensure the release is compliant with the Apache Release License specifications, and meeting the users’ expectations set for the 5.0.0-beta milestone. The current version’s architecture has been completed and the version is officially available.

DistSQL – A New SQL Type for a Distributed Database Ecosystem

DistSQL (Distributed SQL) is a special built-in language proposed by Apache ShardingSphere providing additional functional operation capability in comparison to the standard SQL. Users can use ShardingSphere just like other database systems with DistSQL, therefore no longer positioning ShardingSphere as a middleware architecture for programmers, but also making it transferable to an infrastructure product for operation and maintenance.

In the future DistSQL will further redefine the boundary between Middleware and database, allowing users to leverage ShardingSphere as if they were using a database natively.

This release has greatly improved PostgreSQL in its SQL parsing and compatibility layers, protocol access and permission control layers. The improved version of ShardingSphere-Proxy PostgreSQL is this release’s main feature and will be continuously improved in the future as it marks the beginning of compatibility with the open-source PostgreSQL.

In the future, ShardingSphere PostgreSQL-Proxy will not only provide sharding and security distributed solutions to users, but also fine-grained authentication, data access control etc.

Pluggable architecture pursues the independence and non-awareness of each module through a highly flexible, pluggable and extensible kernel. These functions are combined in a super positional manner.

In ShardingSphere, many functional implementation classes are loaded by inserting SPIs (Service Provider Interface). SPI APIs for third party implementation or extension, can be used for architecture extension or component substitution.

Currently data sharding, Readwrite-splitting, data encryption, Shadow databases, instance exploration and other functions including the protocol implementations of MySQL, PostgreSQL, SQLServer, Oracle and other SQL and protocol support can be installed into ShardingSphere as plug-ins. ShardingSphere now offers dozens of SPIs as extension points for the system, and the number is still growing.

Pluggable architecture’s improvement effectively evolves ShardingSphere into a distributed database ecosystem. The pluggable and extensible concepts provide a customized combinational database solution that can be built upon with Lego-like blocks. For example, traditional relational databases can be scaled out and encrypted at the same time, while distributed database solutions can be built independently.

Join and sub queries for cross-database instances are some of the most cumbersome issues. Using traditional database middleware could limit business level functionality - therefore SQL’s application scope needs to be considered by R&D personnel.

The improvements in this release allow users to achieve a smooth transition from a traditional database cluster to a distributed database cluster with low risk, high efficiency and zero transformation by introducing ShardingSphere.

Currently, distributed query capability enhancement is still in the POC stage, with room for improvement in terms of performance. The community is warmly encouraged to participate in the co-development.

User security and permission control some of the most important functions in a database field. Although simple password setting and database-level access control at the library level were already provided in the 5.0.0-alpha, these features have now been further upgraded. This update changes the password setting from using configuration file to using standard SQL online to create and update distributed users and their access permissions.

Whether you were using MySQL, PostgreSQL or OpenGauss in your business scenario, you can continue to use your native database SQL dialect. Username, hostname, password, library, table and other free combination of authority control management can be used in ShardingSphere’s distributed system. ShardingSphere-Proxy’s Proxy access mode enables users to migrate their original database permissions and user systems seamlessly.

In future releases, access control at the column level, view level, and even the possibility for functions to limit access for each row of data will be provided. ShardingSphere also provides access to third-party business systems or user-specific security systems, allowing ShardingSphere-Proxy to connect with third-party security control systems and provide the most standard database access management mode.

The permission module is currently in the development stage, and the finalized functions will be presented in the next version.

To satisfy more complex scenarios, ShardingSphere also provides the strategy interfaces for related algorithms allowing users to implement more complicated functionalities for their own business scenarios. The coexistence philosophy of built-in strategies for users’ general needs, and specific scenarios’ corresponding interfaces has always been the architectural design philosophy of ShardingSphere.

Startup time issues could be encountered when launching ShardingSphere’s previous versions, especially in the occurrence involving thousands of servers - since ShardingSphere helps users manage all database instances and metadata information.

In the process of constantly improving and developing new functions, ShardingSphere had previously lacked a complete and comprehensive integration & performance testing system, which can ensure that every commit be compiled normally without affecting other modules and can observe upward and downward performance trends.

With this release, integration tests have also been included to ensure data sharding, data encryption, Readwrite-splitting, distributed management and control, access control, SQL support and other functions. The system provides basic guarantees for monitoring and tuning performance across databases, different sharding or encryption strategies, and different versions. With this release, relevant performance test reports and dashboard will also be developed for the community, allowing users to observe ShardingSphere’s performance changes. The entire test system source code will be made available to the community to facilitate user test deployment.

In addition to above mentioned features, for a comprehensive list of enhancements, performance optimizations, bug fixes etc. please refer to the list below:

The release of Apache ShardingSphere 5.0.0-beta could not have happened without the outstanding support and contribution of the community.

Since the 5.0.0-alpha release until now, 41 contributors have contributed 1574 PR, enhanced the optimization, iteration, and the release of ShardingSphere 5.0.0. 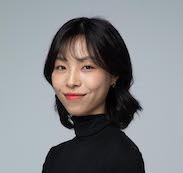 Senior DBA at JD Technology, she was responsible for the design and development of JD Digital Science and Technology’s intelligent database platform. She now focuses on distributed database & middleware ecosystem, and the open-source community. Recipient of the “2020 China Open-Source Pioneer” award, she is frequently invited to speak and share her insights at relevant conferences in the fields of database & database architecture.